Mitt Romney Gives How Much to Mormonism? 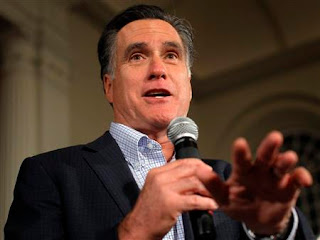 With those Mitt Romney tax returns finally made public, we learn that he and his wife donated a total of $8.73 million to the Mormon religion -- over just the last two years.

With that money representing just a tenth of Romney's acquired wealth over those two years, it will serve as a most unwelcome contrast to the "I'm just one of the guys" perception that politicians love to project.

Needless to say, this is why Romney kept those tax returns under cover, producing them only after Newt Gingrich had made the issue an important part of his Republican nomination campaign.

Furthermore, one would rightly figure that this revelation is going to make those evangelicals and Catholics who have been supporting Mitt Romney a bit queasy since it proves that his commitment to Mormonism is much more serious than what they probably wanted to believe. For all that cash, of course, goes to further the mission of The Church of Jesus Christ of Latter-day Saints -- all those temples, all those copies of the Book of Mormon, all of those front door proselytizing efforts occurring throughout the world, all those baptisms for the dead, and all those classes that seek to convert nominal Christians by distorting the Bible and substituting a bizarre and distinctly non-Christian religious system.

No, this isn't something that will help Mitt Romney's chances to secure the support of evangelicals, Roman Catholics, or any one else who understands the truly weird teaching of Mormonism.

One might have thought that Romney, realizing the political baggage that tithing such huge amounts to the Mormon "Church" would represent, would have simply deferred from the practice. But then, Mitt Romney's tithes are something he believes indispensable to gaining him an afterlife paradise, one in which he will become a celestial god on some other planet with religious followers of his own.

And that's why these tax returns are causing a crisis of conscience this morning for many of those Christians who had previously supported Mitt Romney -- and thus a crisis of confidence at Romney headquarters.
Posted by DH at 9:48 AM