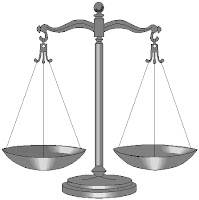 As the director of a church preschool, S.H. knew she had moral obligations. Nevertheless, it was learned that she had a live-in partner and she refused to marry the fellow or change her behavior. So, quite naturally, she was fired from her job.

Did the woman repent? Did she slink off in shame? Did she shrug the whole thing off and conclude it was a fair cop?

No. S.H. is a thoroughly modern woman. She brought a lawsuit against the church.

But here's the unexpected end to the story. The gal lost her case! And now comes word that she lost her appeal too!

“[S.H.] knew she was to serve as a Christian role model to the students and their parents, both in and out of school,” wrote the court. “Henry’s employment was terminated for religious reasons for which the church and school are exempt under title VII of the 1964 Civil Rights Act.”

Imagine, a modern court (in this case, the Fourth District Court of Appeals) deciding for religious rights. We can't assume this will begin a trend, of course. But any victory, even an anomaly like this one, is a cause for some thanksgiving.
Posted by DH at 11:34 AM