Of Unicorns and Class Warfare: Harry Reid Gets Fact-Checked 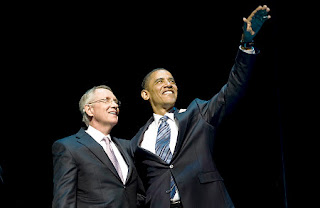 Democrat Harry Reid is -- there's just no way to avoid the word -- a liar. Indeed, there's no way to avoid other words that describe him either: demagogue, hypocrite, weasel.

Read through Paul Roderick Gregory's story in the business magazine, Forbes to find out some of Reid's latest shenanigans.

How can we take Congress seriously when the Senate Majority Leader, Harry Reid, makes patently inaccurate, outrageous and bizarre claims on an important tax-policy issue without any heads being turned? I guess this is what we have come to expect of Congress. No wonder citizens with favorable opinions of Congress are as rare as unicorns, to borrow a phrase...

The millionaire’s tax is not about balancing the budget. It is about gaining political advantage through the use of envy and greed (two of the seven deadly sins).

Why would Harry Reid tell such whoppers, which are so easily disproved?

Ryan Streeter has hit the nail on the head. He writes that even bearded Occupy Wall Street misfits understand the difference between “earned” and “unearned” success. Those who earn success by creating value honestly are the true heroes in our economy. They should be lauded rather than targeted. Bill Gates and Steve Jobs are heroes. Bernie Madoff and, now it seems, John Corzine are not, and everyone, irrespective of their political leanings, understands this.

Reid, in his clumsy way, is trying to portray Republicans as the party of dishonest millionaires, who have not earned their wealth, have not created jobs, detract rather than create value, and refuse to pay their fair share. Such class warfare will be the anchor of the Democrat election playbook.
Posted by DH at 7:41 AM