Have We Become Too Stupid to Survive? 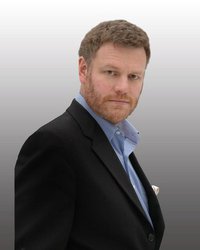 Mark Steyn's recent NRO column, "Merry War on Christmas" should not be missed. Here's a teaser:

Christmas in America is a season of time-honored traditions — the sacred performance of the annual ACLU lawsuit over the presence of an insufficiently secular “holiday” tree; the ritual provocations of the atheist displays licensed by pitifully appeasing municipalities to sit between the menorah and the giant Frosty the Snowman; the familiar strains of every hack columnist’s “war on Christmas” column rolling off the keyboard as easily as Richard Clayderman playing “Winter Wonderland”...

When an explicitly Catholic institution thinks that the meaning of Christmas is “tenderness for the past, vapid generalities for the present, evasive abstractions for the future,” it’s pretty much over...

The crisis afflicting the West is not primarily one of unsustainable debt and spending. These are mere symptoms of a deeper identity crisis. It is not necessary to be a believing Christian to be unnerved by the ease and speed with which we have cast off our inheritance and trampled it into the dust. When American municipalities are proudly displaying the execution of skeleton Santas and giant Satans on public property, it may just be a heartening exercise of the First Amendment, it may be a trivial example of the narcissism of moral frivolity. Or it could be a sign that eventually societies become too stupid to survive.
Posted by DH at 11:00 AM