Points to Ponder From Today's News 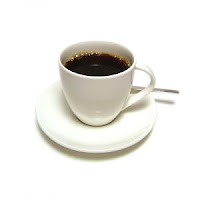 * "There is no margin for a mediocre government now - time is up."  That's the opinion of a young Spaniard who was part of the huge victory for the Conservative Party in Spain. The Socialists were blamed for the country's economic woes and, also by many, for their extremism in trying to remove all moral constraints from Spanish culture.

* President Barack Obama prides himself on being a clutch player, but he sat happily on the end of the bench as the clock ran out on the supercommittee. Then he took his shot after the buzzer. Obama — burned by the failed deficit-reduction talks with Republicans during the summer debt-ceiling fight — believes that being accused of disengagement is preferable to being lumped with the in-fighting lawmakers who fumbled a chance to reach an agreement by the Monday deadline...

* Some people seem surprised that the "Super Committee" has failed to achieve its goal, but it should not come as a shock. The Republicans are committed to not raising taxes, which the president certainly knows, and the Democrats are not committed to reducing out of control entitlements. It was quite predictable that an agreement would not be reached, which is why candidate Gingrich called the panel the silliest thing he has ever heard of.

President Obama's goal from the start was for the committee to fail, this way he can rail against Congress in the upcoming Presidential election. Hopefully at some point Congress and the people will begin to hold the President's feet to the fire and tell him that he is our leader, Commander in Chief, and not the Cheerleader in Chief...(Armstrong Williams)

* Here's yet another disturbing factoid for Democrats. “As CafePress saw four years ago (and four years before that), the T-shirt economy has a history of predicting presidential winners,” said the company's Director of Marketing last April. “In 2008, Obama was a consistent fan favorite on CafePress, surpassing sales of McCain t-shirts and gifts by more than 30% in the weeks leading up to the election.” But that was then. Nowadays, the company's anti-Obama merchandise is selling more than its offered pro-Obama merchandise -- like 79% to 21%.
Posted by DH at 7:54 AM