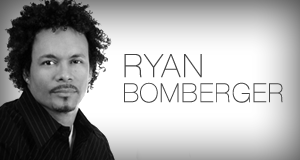 ...The abortion industry kills more black people than the alcohol and tobacco industries, combined. According to the CDC, in the latest annual report on abortion statistics, there were over 363,705 deaths caused by abortion versus 289,366 deaths from all other causes combined.  Where’s the outrage?

Where’s the resistance against the number one killer of African-Americans?  Abortion is advertised even more disproportionately, and has a consistent negative health outcome—death.  On billboards, in school-based clinics, through advocate media, nonreciprocal PR responses (Tebow Ad response) and tragically, in churches, abortion is heralded as merely a positive “choice”.

We have more access to condoms and all other forms of birth control than ever before in human history. Yet Planned Parenthood, the self-professed savior of the urban community, fails at its most basic tasks—reducing unintended pregnancy rates and preventing the spread of STDs. The only thing they do not fail at is killing through abortions. Their entire billion-dollar business model centers on this heinous human injustice...

Ryan isn't through. Read the rest of his column right here.
Posted by DH at 10:35 AM