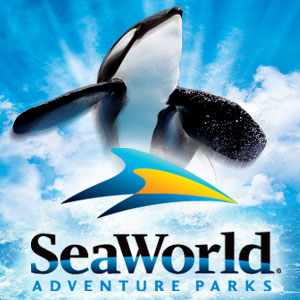 A federal court is being asked to grant constitutional rights to five killer whales who perform at marine parks -- an unprecedented and perhaps quixotic legal action that is nonetheless likely to stoke an ongoing, intense debate at America's law schools over expansion of animal rights.

People for the Ethical Treatment of Animals is accusing the SeaWorld parks of keeping five star-performer whales in conditions that violate the 13th Amendment ban on slavery...


The plaintiffs are the five orcas, Tilikum and Katina based at SeaWorld in Orlando, Fla., and Corky, Kasatka and Ulises at SeaWorld San Diego...The lawsuit asks the court to order the orcas released to the custody of a legal guardian who would find a "suitable habitat" for them...
This AP story is sadly laughable...and not merely because of its subject matter. The reporter takes this weird publicity stunt way too seriously. For instance, does the reporter really think that this lawsuit is going to "stoke an ongoing, intense debate at America's law schools?" Come on.

Or from further on in the story: "The suit...hinges on the fact that the 13th Amendment, while prohibiting slavery and involuntary servitude, does not specify that only humans can be victims." No kidding? Brother, those founding fathers sure lacked vision, didn't they? Imagine them forgetting to put critters on the same moral and legal plane with people.

Francis Schaeffer used to apply the term "stupid-wicked" as a description of the post-Christian culture. Reading this story emphasizes just how appropriate is that conjoined word. Lord, help us.
Posted by DH at 11:13 AM