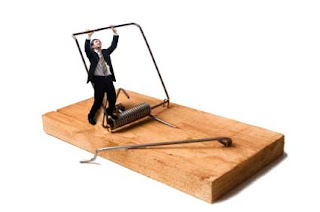 Those glowing commercials featuring NFL players notwithstanding, United Way has become infamous to many as an organization that stimulates he most wicked kinds of coercion. Many of you know from personal experience how the thing works. Sometimes it's merely the snide remark, the sharp asides, the whispered warning about how an employee's contribution to United Way isn't a voluntary thing at all. It's expected; indeed, required.

And some of you have heard the threat put a lot more directly. "Give to United Way or give up any hope of promotion." Or "You hold out and the expected dollar amounts will have to come from your colleagues. So pony up with your share or get ready for recriminations." Or "You know how fragile is job security nowadays. If you want to keep your position, you'd better be %#@&% sure you write that check." Or "Don't worry; we've already adjusted your salary this month to allow for your United Way contribution. Don't bother to thank us."

And why do some Christians still hold out against such intense, unfair and, I firmly believe, illegal extortion? Because forced giving isn't true benevolence? Yes. Because they already give generous amounts to people, projects and causes that they believe in? Yes. Because United Way has been proven over and again to be less than circumspect in the way it spends money? Yes.

And because United Way gives to downright wicked organizations like Planned Parenthood? Yes.

Nationally, the main United Way website (www.LiveUnited.org) also directs volunteers toward Planned Parenthood. Again, not every state or city agency promotes Planned Parenthood, but several do. One is too many.

Here's more including a link to a site which can help you effectively oppose United Way's sponsorship with Planned Parenthood.
Posted by DH at 10:59 AM