Planned Parenthood: What in *%#@ Are They Doing With Your Money? 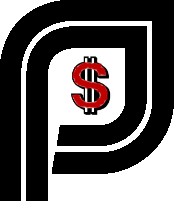 Kudos to Marvin Olasky and World Magazine for picking up last week's news about Americans United for Life's investigation of Planned Parenthood and featuring it in their publication.

Researchers from Americans United for Life (AUL), the legal arm of the pro-life movement, published Thursday the results of their scrutiny of two decades of Planned Parenthood records, law enforcement reports, and other miscellaneous records. The Case for Investigating Planned Parenthood details misuse of federal healthcare and family-planning funds, failures to report criminal child sexual abuse and comply with parental involvement laws, and dangerous misuse of the abortion drug RU-48.

Despite such misfeasance, Planned Parenthood still receives more than $363 million in taxpayer funding each year. Abortion-providing organizations have preserved their subsidies from government not because of political popularity—polls show more than 70 percent of taxpayers not wanting their taxpayer funds to subsidize abortion—but through lobbying and strategic political contributions. According to the Federal Election Committee, pro-abortion groups since 2000 have spent more than $205 million dollars in campaign contributions or independent expenditures on behalf of candidates for federal office...

The time for de-funding this perverse and corrupt abortion conglomerate is way, way overdue. Write, call and/or e-mail your Congressmen and Senators today.
Posted by DH at 10:39 AM