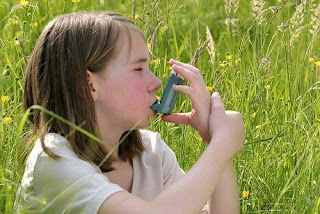 Here's another example (a ludicrous and yet quite alarming example) of how progressives like those in Barack Obama's FDA insist that politically-correct mythology trump even the most genuine and immediate of human needs. I mean, let's get a grip here. Snatching away an asthmatic kid's Primatene Mist because it uses chlorofluorocarbons?

Guys, this is madness of a most virulent form.

Christopher C. Horner has more -- in a funny but infuriating piece -- over here at Big Government.
Posted by DH at 10:56 AM