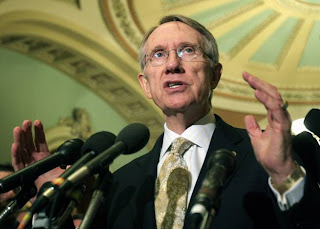 Yesterday Democrat Harry Reid described the “Cut, Cap and Balance” bill as “perhaps some of the worst legislation in the history of this country.” It was typical blowhard demagoguery as pointed out by Andrew Stiles over at NRO who had to remind the historically-challenged Harry of what the "real worst" would include. Like the Fugitive Slave Act (1850) and the Indian Removal Act (1830). And the Alien and Sedition Acts of 1798. And FDR's Executive Order #9066 in 1942 which interned American citizens of Japanese ancestry. And the Volstead Act in 1919 which ushered in prohibition.