Americans of Yesteryear Would Be Amazed (And Ashamed) of Us 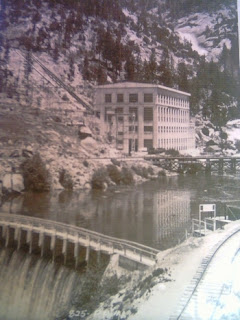 Our politicians love soaring platitudes followed by little, if any, action. The more Americans are promised shovel-ready stimulus projects, new sources of power, and other fantasies, the more we accept that bureaucracy, regulations, lawsuits, and impact statements will prevent much from ever being done.

The president himself, after demanding nearly a trillion dollars in borrowed money for his budget, confessed that his “shovel-ready” projects had proved not so shovel-ready after all. Much of the vast sum of borrowed money instead went to subsidize nearly insolvent pension funds, entitlements, and bloated state budgets. Unemployment is still at 9.2 percent, with nearly 50 million people on government-subsidized food stamps — even as American infrastructure is crumbling, the private sector is moribund, and national timidity prevents any new large, visionary construction. Prior generations gave us space projects; ours ends them. Boeing once ruled the skies; now the government sues to stop Boeing from opening a new plant...

Victor Davis Hanson then goes on to describe the Big Creek hydroelectric project in California begun a century ago to provide electric power to Los Angeles 250 miles to the south. It's a fascinating story. But Hanson then concludes:

Quite simply, Big Creek could not be built today in the United States. Environmentalists would claim that the pristine nature of the San Joaquin River would be unnecessarily altered, citing a newly discovered colony of spotted newts or dappled dragonflies in the way of the proposed penstocks. Unions would demand blanket representation without elections — and every imaginable compensation for such hazardous duty. Workers would apply for stress-related disability benefits given the dizzying heights and the dank subterranean digging. Government regulators and inspectors would outnumber project engineers. Private entrepreneurs world never risk such a chancy investment without ironclad government guarantees of profits despite enormous cost overruns. And the public would be as skeptical of the risky project’s success as they would be eager to enjoy its dividends when completed.

The Big Creek project, like the Panama Canal, the Hoover Dam, the San Francisco Bay and Golden Gate bridges, and the interstate highway system, was the work of a less wealthy but confident bygone generation. They understood man’s ceaseless elemental struggle against nature to survive one more day, and they did not have the luxury of second- and third-guessing the work of others before them.

We should remember the lesson of Henry Huntington’s Big Creek project, started 100 years ago this year, as we let rich irrigated farm acreage lie idle and pass up the exploitation of new oil and gas fields — preferring to argue endlessly over how to redistribute our inherited but ever-shrinking national pie.
Posted by DH at 8:29 AM