Thinking About the Blagojevich Trial 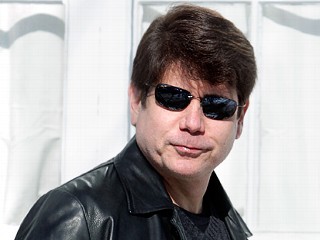 “I, frankly, am stunned,” said Blagojevich.

Huh? Wasn't the swindling former governor present for all that testimony and all those recordings? Did he become so absorbed in his own lies and justifications that he actually believed them? Or, like so many of the priviliged class, does he simply bend the rules of morality and logic to provide cover for anything he does? Sad.

One juror said she found Blagojevich “personable” and said his likability complicated deliberations.

Con men throughout history have banked on their "likability" to fleece the foolish and this juror proves that suckers are still being born every minute. The evidence for Blagojevich's crimes was clear and overwhelming. And those crimes were horrendous, cutting to the very heart of our country's political system. Blago wasn't merely a crook; he was a traitor. Yet here's testimony from one of the jurors admitting that he/she and others were almost dissuaded from doing their duty because of Blagojevich's dimpled demeanor. Yipes.

This too is bothersome for it suggests that modern American juries contain people who are not only gullible in the face of a smiling, affable crook but who are just too shallow to follow the course of a complex trial. It seems that decades of watching television have dulled not only our moral sensibilities but our intellects as well. Combine these basic weaknesses of will and wit among jurors with the many other corruptions of the American legal system and you've got a real mess indeed.
Posted by DH at 10:00 AM