A Week of Spinning Plates (Offline) 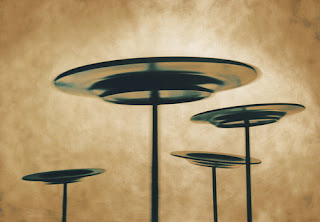 Last week began with a two-day vigil at Immanuel Hospital where my Mom was recovering from severe dehydration. She came out of it pretty well and we had some wonderful times later that week back at her nursing home. So that's why blogging was out those first couple of days. And then, just when I started in on Wednesday a few other things came up and I never made it back. I was also absent from Facebook all week.

I'm not complaining. It was a productive week in several other respects including our presence at the Bellevue abortion clinic, Claire's continued progress in the massive job of painting the kitchen cabinets, sermon preparation, lawn work, editing material for both the Vital Signs Ministries web site and our Russian-language site, and sitting down in a restaurant across town for a lengthy interview about the American pro-life movement with a reporter from Sweden's largest newspaper.

There was also the preparation for a special letter-writing party last night -- the details of which are posted in the post just down from this one.

And there was something else. While in the hospital, I caught up on some reading, finishing Laura Hillerbrand's Unbroken, Shelby Foote's Shiloh, and David Porter's brief book on Malcolm Muggeridge. I will have some comments on them later this week but I'll tell you now that for the first two I can give you my heartiest recommendations.

At any rate, that's what was happening last week. Responsibilities from my non-cyber life just piled up. Of course, had I access to (not to mention the skills to use) an iPad or Droid or whatever other Star Trek communication devices are available nowadays, I could possibly keep up with the blog and Facebook from the hospital, a coffee shop or even "tweeting" from the sidewalk. But such things are still out of my league.

This week will probably have some limits on cyber-activity as well. I've got scads of writing and editing to do, Volume 11 of "When Swing Was King" to complete before a scheduled Thursday performance and the garage to clean before hosting a college graduation party for Kurt Oyer. But I'll try -- and the following posts dealing with letter writing are today's start.
Posted by DH at 11:15 AM