"Jesus, What Have I Done?” -- A Rock Star's Post-Abortion Reaction 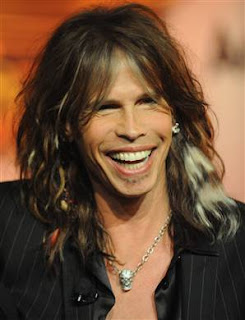 Long before he won accolades as an American Idol judge, Steven Tyler was a bona-fide rock star, with all that that implied. In 1975, when he was in his late 20s and the lead singer for the band Aerosmith, Tyler persuaded the parents of his 14-year-old girlfriend, Julia Holcomb, to make him her legal guardian so that they could live together in Boston.

When Miss Holcomb and Tyler conceived a child, his longtime friend Ray Tabano convinced Tyler that abortion was the only solution. In the Aerosmith “autobiography,” Walk This Way (in which recollections by all the band members, and their friends and lovers, were assembled by the author Stephen Davis), Tabano says: “So they had the abortion, and it really messed Steven up because it was a boy. He . . . saw the whole thing and it [messed] him up big time.”

Tyler also reflects on his abortion experience in the autobiography. “It was a big crisis. It’s a major thing when you’re growing something with a woman, but they convinced us that it would never work out and would ruin our lives. . . . You go to the doctor and they put the needle in her belly and they squeeze the stuff in and you watch. And it comes out dead. I was pretty devastated. In my mind, I’m going, Jesus, what have I done?”

The Diagnostic and Statistical Manual of Mental Disorders defines a traumatic event as follows: “1. The person experienced, witnessed, or was confronted with an event or events that involved actual or threatened death or serious injury, or a threat to the physical integrity of self or others. 2. The person’s response involved intense fear, helplessness, or horror.”

Those who support abortion rights assure us that post-abortion complications are a myth. But Steven Tyler cuts through this fog of denial and lays it on the line: Jesus, what have I done?

This is the cry of a post-abortive father whose very intimate exposure to the reality of abortion fits the textbook definition of trauma — as set down by the very same American Psychiatric Association that assures us abortion is a safe procedure with no negative effects on a man’s or a woman’s mental health...