5 Truths About Planned Parenthood That America Needs to Know 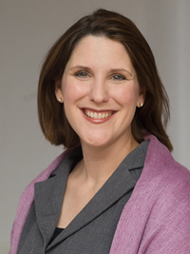 In this fine article for National Review, Mrs. Yoest describes five truths about this enormous abortion/sex education corporation.You'll find the piece enlightening and extremely helpful for your conversations with friends, your letters to politicians and business leaders, and your prayers. I urge you to read it carefully, even print it off for use as future reference. But I'll list those five truths in their most basic form below to stimulate your interest.

1. Planned Parenthood is the nation’s largest abortion provider, performing (and profiting from) one out of every four abortions in the United States.

3. Planned Parenthood affiliates have failed to be good stewards of taxpayer funds.

4. Planned Parenthood fights reasonable laws to protect women and girls because such laws might undermine its ability to make money.

5. Planned Parenthood partners with those who sexually abuse and exploit women and girls.

Again, the devil that is Planned Parenthood is in the details, so check out the full article to learn them well.
Posted by DH at 10:28 AM