How to Run a Letter-Writing Party 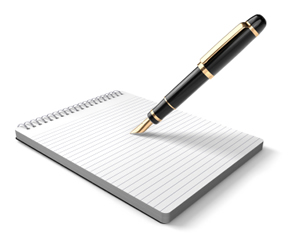 Besides the stationary and envelopes, pens and stamps, and the dessert treats, an effective letter-writing party needs direction and appropriate contact information. A little preparation pays off in big dividends. All of us who have been involved in this element of Vital Signs Ministries can testify to the value of writing letters. Why else would we continue to keep this as a part of our ministry after 30 years? Letter-writing works. And letter-writing parties are an excellent way to make that happen. But you do need to do a bit of homework before the coffee is poured.

For instance, I print handout number one from last night’s Vital Signs letter-writing party.  In it, you’ll see the targeted items -- items which I certainly hope will serve as stimulation for you to write a few letters of your own.  In addition to this handout, we had a packet of fact sheets and contact information.  However, for this blog version, I'll liberally substitute those with appropriate links.  Let's go.

Letters need to be sent to Congressman and Senators regularly (every 3-4 weeks, even more when legislation is nearing a vote) urging them to remember our nation's historic values regarding sanctity of life, the extreme need to cut government spending and the unjust nature of requiring the majority of America taxpayers to give money for acts they consider morally reprehensible.

2) Exposing Planned Parenthood to the public.

In this category, we're encouraging letters to political leaders, editors of newspapers, magazines, local and national TV networks, companies and foundations that support the mega-abortion corporation.   We also believe notes should be sent to clergy who should be doing more to inform their congregations about what Planned Parenthood is all about.  (For relevant information with which to "season" your letters, use the material we make available. That material included several posts from Vital Signs Blog: 1, 2, 3, 4; "Things Planned Parenthood's 'Truth Team' Forgot to Mention" by Susan E. Wills published in American Thinker, and "Top 12 Reasons to Defund Planned Parenthood Now" from Live Action via Susan B. Anthony List.)

By the way, according to Life Decisions International some of the companies who partner with and/or donate to Planned Parenthood are: Whole Foods Market, JPMorgan Chase, Bank of America, Wells Fargo (including Wachovia), Chevron (including Texaco), Midas, Nike, Marriott (including Courtyard, Fairfield, Renaissance, Ritz-Carlton, etc.), Johnson & Johnson, Staples, Olive Garden, and Red Lobster. Letters of complaint (we encourage boycotts too) are definitely in order.

3) Pro-Life Legislation in the Nebraska Unicameral

Contact is needed with state senators urging them to vote for pro-life bills. Among the most critical are LB 521 which would prohibit Planned Parenthood's dastardly scheme for web cam abortions and the parental consent bill, LB 690. Also, members of the Judiciary Committee need to be urged to vote LB 521 out of committee where it can be fairly debated by the whole body.

We will be introducing attendees of our P.A.L. Night to the remarkable new service provided by Prisoner Alert, a ministry of Voice for the Martyrs. It is a service which offers several translated phrases for use in your letters as well as specific contact information.  (You should avail yourself of this marvelous opportunity to encourage our beleaguered brothers and sisters in the Faith. Just look at the right sidebar of the link I give here and follow the simple directions.)

Our Congressmen and Senators must act to drastically cut spending and reduce the unsustainable budget deficits. Specific programs or departments you might mention? Planned Parenthood, of course, as well as United Nations; the UNFPA; NPR; the National Endowment for the Arts; and a whole lot more.  But way beyond those specific programs, huge cuts must be made across the board in order to save the American economy.

6) What is World Vision doing in the family planning business?

The information in these Vital Signs Blog posts ("Japan Relief Dollars: Should They Go to World Vision?" and "Should Your Dollars Go to World Vision? A Follow Up."), is enough for us to suggest letters go to World Vision, asking them to stop working with abortion organizations. Indeed, they've made a very bad decision in getting caught up with family planning in the first place. That's not the gospel. That's not direct aid. And, because World Vision carefully hides this involvement from their donors, it's not even truth in advertising.

We urge courteous complaints about the company’s "Monster High" dolls.  Read here for the why and contact info.

Of course, given the profane and indecent schlock that fills TV programs (and commercials), principled protests are in order to every network. We give you just one target for tonight -- ABC for its plans for "Good Christian Bitches."  (Here are some details.)

Thank you notes are always a part of a Vital Signs Ministries P.A.L. Night.  Among those we suggested were Congressmen who stood up to Barack Obama and the Democrats and voted against the grossly inadequate showdown cut.  We also stressed the value of thanking pro-life, pro-family heroes for their good work.  Lila Rose, Joni-Eareckson-Tada, Randy Alcorn, Joe Scheidler and the Nebraskans who lead the pro-life fight in the Nebraska Unicameral are just a few of those that we wrote to.

(Below are posts which show you samples of the letters produced last night. Feel free to use them as models for your own.)
Posted by DH at 12:59 PM