G.O.P. Leaders Bite the Apple, Not the Bullet 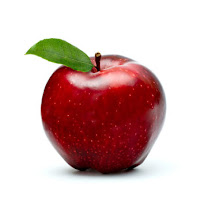 Genuine conservatives suspected that there might have been more to the Republican cave-in last week and, despite the G.O.P. establishment's best efforts to present the showdown deal as a win, details are emerging that prove otherwise.

For instance, not only did the Republicans renege on their promises to de-fund Planned Parenthood, thus angering one of their most foundational core groups, the budget cuts turned out to be much less than what was claimed. Of course, even what was touted is far, far less than what is needed. But the the nonpartisan Congressional Budget Office issued a report late Wednesday explaining that of that vaunted $38 billion figure, a mere $352 million in non-emergency spending cuts will be enacted this year.

No surprise then that former Minnesota governor and presidential hopeful Tim Pawlenty said today that the deal “should be rejected.” He added, “The more we learn about the budget deal, the worse it looks. When you consider that the federal deficit in February alone was over $222 billion, to have actual cuts less than the $38 billion originally advertised is just not serious.”

Majority Leader Eric Cantor is repeating the standard defense for the Republican leadership. “This is a deal the Speaker struck. It was the best deal he could strike given the fact he was dealing with the White House and the Senate. What I can say is our members understand that what we’ve done is begin taking a first bite of the apple of dealing with the spending and debt crisis.”

Bad metaphor, Congressman. Instead of biting the apple, you should have urged your colleagues to bite the bullet and make those drastic cuts necessary to rein in the ominous and wildly out-of-control government spending.

Biting the apple was Adam's mistake, an example of yielding to temptation and really lousy advice.
Posted by DH at 12:20 PM