Bad News on the S&P Ratings; Lowest Since Pearl Harbor 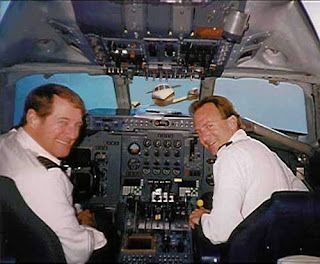 Hard on the heels of yesterday's post here on Vital Signs Blog ("America's Economy Is Imploding But to the Press, It's Just 'Sluggish Growth'") comes an alarming report from the U.K.'s Guardian that 1) underscores just how fragile is the American economy and 2) there are newspapers willing to print bad news about America's financial weakness. It's just that those newspapers are usually in England. Here's a couple of excerpts:

Shares fell heavily on Wall Street on Monday after a leading ratings agency fanned fears of Europe's debt crisis spreading across the Atlantic by issuing a strong warning about America's failure to tackle its budget deficit. In a move seen by Wall Street as a "shot across the bows" of bickering politicians in Washington, Standard and Poor's (S&P) said it was cutting the outlook on the US's long-term rating from stable to negative for the first time since the attack on Pearl Harbor 70 years ago.

The announcement surprised the financial markets...In New York, the Dow Jones industrial average ended the day down 140 points, or 1.1%, with the dollar weaker on the foreign exchanges and yields rising on US treasury bills. The FTSE 100 in London was down 126 points at 5870 – a drop of more than 2% – as ongoing concerns about the eurozone's debt crisis were compounded by the setback for the world's biggest economy...

Ted Scott, director, Global Strategy at F&C, said: "Indeed, it should focus the mind of the politicians of all parties to agree a credible debt reduction plan now that the clock is ticking on its debt rating."

I suggest this would make an excellent post to send along to your Congressmen and Senators with your urgent appeal that they get serious about the disastrous overspending and make the drastic cuts that are truly necessary. We don't have any time left to keep fooling around.