Ya' Say Ya' Want the City Protected? What's In It For Us? 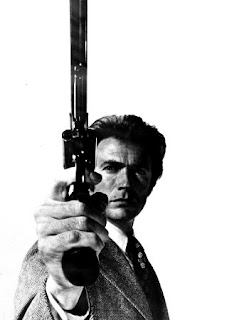 Over in the Wall Street Journal, James Taranto shares some very disturbing information about police unions joining in an ugly shakedown set-up; namely, pressuring businessmen to stand against Wisconsin Governor Scott Walker in his showdown with public union employees.

Last week, as the Wisconsin stalemate was coming to an end, we worried about the potential threat that unionized policemen, in "solidarity" with other unionized government employees, might tolerate or even participate in lawless behavior in order to undermine the workings of republican governance and preserve union privileges. Milwaukee radio host Charlie Sykes reports that Wisconsin businessmen are now receiving letters importuning them to oppose Gov. Scott Walker's efforts on behalf of Wisconsin's taxpayers:

"The undersigned groups would like your company to publicly oppose Governor Walker's efforts to virtually eliminate collective bargaining for public employees in Wisconsin. While we appreciate that you may need some time to consider this request, we ask for your response by March 17. In the event that you do not respond to this request by that date, we will assume that you stand with Governor Walker and against the teachers, nurses, police officers, fire fighters, and other dedicated public employees who serve our communities.

In the event that you cannot support this effort to save collective bargaining, please be advised that the undersigned will publicly and formally boycott the goods and services provided by your company. However, if you join us, we will do everything in our power to publicly celebrate your partnership in the fight to preserve the right of public employees to be heard at the bargaining table. Wisconsin's public employee unions serve to protect and promote equality and fairness in the workplace. We hope you will stand with us and publicly share that ideal.

In the event you would like to discuss this matter further, please contact the executive Director of the Wisconsin Professional Police Association, Jim Palmer, at..."

Palmer's union is the first of the seven "undersigned groups"; the others are two more police unions, two firemen's unions and two teachers unions. Although the new legislation excludes police and fire unions from its limits on so-called collective bargaining, one can understand why they would oppose it: Their own privileges become less secure if they are the only ones to enjoy them.

It should be acknowledged that cops and firemen have dangerous jobs and thus are arguably more deserving of generous retirement benefits than, say, motor-vehicle clerks or teachers. But the substance of their compensation is a separate question from the procedure by which it is arrived at. "Collective bargaining" is outrageous because it is an affront to democracy: a system of collusion between politicians and unions, which cuts out the taxpayers whose money they are spending...

But in principle, so-called collective bargaining is no less objectionable in the case of cops and firemen than of anyone else. Once the public accepts that it is over for everyone else, there won't be much political support left for privileging the police and fire unions. Thus it makes perfect sense for them to side with the unions representing teachers and others with easier jobs. Their privileges are safe as long as everyone else's are at least contested.

In the letter to Wisconsin businessmen, however, we see why so-called collective bargaining is particularly corrupting to the police. Although the letter explicitly threatens only an economic boycott, when it is written on behalf of the police--of those on whom all citizens depend to protect their safety--it invariably raises the prospect of another kind of boycott. Can a businessman who declines this heavy-handed "request" be confident that the police will do their job if he is the victim of a crime--particularly if the crime itself is in retaliation for his refusal to support "the dedicated public employees who serve our communities"?

Sykes sums up the letter this way: "That's a nice business you got there. Pity if anything were to happen to it if, say, you didn't toe the line and denounce Governor Walker like we're asking nice-like." He's right. "Organized" law enforcement bears a disturbing resemblance to organized crime...
Posted by DH at 1:11 PM