The Transparency President? Liberal Groups Don't Get the Joke. 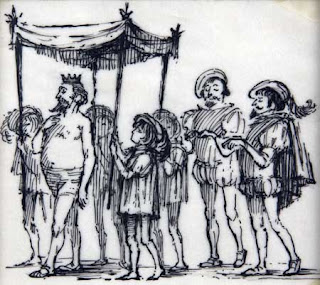 President Obama finally and quietly accepted his “transparency” award from the open government community this week -- in a closed, undisclosed meeting at the White House on Monday. The secret presentation happened almost two weeks after the White House inexplicably postponed the ceremony, which was expected to be open to the press pool...

“Our understanding going into the meeting was that it would have a pool photographer and a print reporter, and it turned out to be a private meeting,” Gary Bass told POLITICO. “He was so on point, so on target in the conversation with us, it is baffling why he would not want that message to be more broadly heard by reporters and the public interest community and the public generally.”

Has Obama been transparent? Of course not. He's been anything but transparent. From his birth certificate and other records, private meetings with lobbyists, details about legislative proposals, actions taken by the  Departments of State and Justice, etc., Barack Obama has been a study in secrecy and cover-up.

So why would these groups actually give him a transparency award? For his potential. Yes, there seem to be quite a few folks clinging to the "hope and change" elements of the Obama mystique. And for them performance doesn't really matter. Actions don't count. It's all about what the guy represents -- in some other plane of reality.

Take it from one of Obama's admirers. Another bit of the Obama-friendly story from Politico describes the belief of Steve Aftergood, the director of the Project on Government Secrecy at the Federation of American Scientists, that Obama's award is an “aspirational” thing. In other words, it was given "in recognition of Obama’s potential to do more on the transparency front." Aftergood continues, “And in that sense, one could say it resembles the award at the Nobel Peace Prize. It’s not because Obama brought peace to anyone but because people hoped he would be a force for good in the world, and maybe that’s the way to understand this award.”

Awards for what you might do, want to do, hope to do? What nutty notion will liberals come up with next?

But to be completely fair, there is one sense in which Obama truly deserves a transparency award. Right along with the Emperor with no clothes. After all, both are privileged above other mortals; both are confident to the point of arrogance; and both have reputations protected by sycophants crazy with politically-correctness. Those should qualify for something.

Of course, both can also be truly seen for what they are by the innocent public. That's why the Emperor became a figure that still elicits laughter and scorn. And that's why Barack Obama's disapproval rating is higher than its ever been.

That's transparency of some real value.
Posted by DH at 11:17 AM