The ACLU's Historic Ties to Abortion 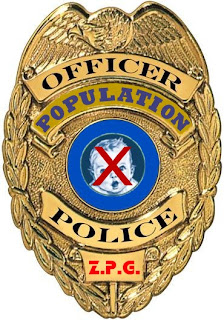 The respected researcher, author and professor of political science at Grove City College, Paul Kengor talks here about the ACLU's connections to Communism as well as the organization's passion for birth control and abortion. Very illuminating stuff.

As someone who has the highly unusual task of researching old, declassified Soviet and Communist Party USA archives, I often get quizzical looks as to why certain things from the distant past still matter, beyond mere historical curiosity. In a sense, it all matters. Truth is truth. History is history.

Even then, I often get asked why something I’ve found in communist archives from, say, the 1920s, pertains to America right now in the 21st century. Well, indeed, past is often prologue, as what happened a century ago is hardly irrelevant to today’s political stage.

That certainly seems the case with what I’ve found on the American Civil Liberties Union (ACLU), from its challenging of Christmas carols in public schools seven decades ago to its recent actions trying to compel Catholic hospitals to do abortions and denouncing the U.S. Conference of Catholic Bishops for opposing birth control and contraception in “health care” reform legislation. Few organizations have been as consistently radical in advancing abortion as the ACLU, to such a degree that Alan Sears and Craig Osten, authors of The ACLU vs. America, refer to “the ACLU’s crusade against the unborn child.”

How ironic that I would find the seeds of these things in communist archives or, even more directly, in the pro-communist or pro-Soviet writings of the ACLU’s founders.

The ACLU’s early atheism is no surprise, and of obvious relevance, given the organization’s consistent challenging of faith in the public square for decades — driven by severely misguided interpretations of church-state separation. Its founders’ early sympathies toward Bolshevism and the Soviet state are not disconnected from that atheism. Yet, most interesting, and unexpected, is how the ACLU’s founders’ views on the Leninist-Stalinist state’s advancement of abortion and birth control might be connected — symbolically, at the very least — to the organization’s advancement of abortion and birth control today...