Of Teachers, Unions and Economic Facts 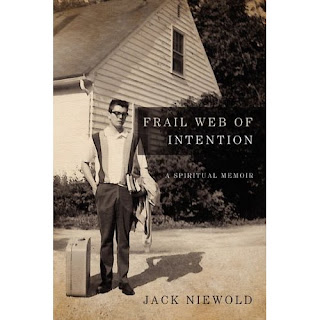 Former pastor and author of Frail Web of Intention, Jack Niewold, has written as succinct and sane an analysis of what's wrong with the teacher union protests as I've found. Check it out.

But none of this changes the fact that many teachers, and the teachers unions and associations such as the NEA and AFT, are usually voices of the worst kind of progressive politics and cultural privilege. We will leave aside for the moment the mindless parroting of multiculturalism and political correctness that saturates America’s schools. Public employees simply outearn their private counterparts (sometimes two to one), and receive much more generous benefit packages.

This is unsustainable morally as well as fiscally. The CATO institute, a libertarian think tank, has calculated that if public employees were compensated on par with their private sector counter parts, no state would today be experiencing a deficit.

They didn’t realize that their pension funds were not sitting “there” like a true 401K. Those funds have been borrowed by the state, and to make up for them the public will be stuck with the tab. That means, in some cases, that the public will have paid twice for pensions of teachers and other public officials. This all helps to explain the outrage on the part of the true middle class “workers” of the country.

I agree that it would be unfair to now change the rules for retiring public employees. But that is not what is being proposed. It is the rules going forward that are at issue, and unless these are changed, teachers will not have a future. The mystery is why teachers themselves are not on board with the changes proposed by Scott Walker and other governors. Only such changes can save the livelihoods of teachers retiring in the years ahead.

It isn’t so much that the working middle class will refuse to fund the salaries and benefits of those in the public sector. They cannot be taxed more to sustain these class structures without undercutting the balanced mechanisms that make our society work. Defined-benefit retirement plans, gold-plated health plans and automatic salary increases not only will disappear in years ahead, they must disappear. We have learned that such privileges are a chimera of the past, and that the bill is now due.

And the collective bargaining that underwrote the escalation of such benefits must also end.

The only question is: will the Republicans (and a few Democrats), who generally seem to understand such fiscal realities, have the will to stand against the passions and fury of the dying old order?
Posted by DH at 9:09 AM