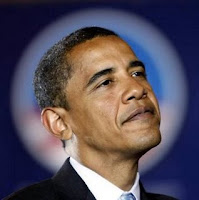 The demonstrators in the streets of Libya are gunned down. A couple of Libyan fighter pilots ordered to fire on the protestors opt instead to fly their warplanes to Malta where they defect. Even the Libyan Ambassador to the U.S. pleads that President Obama denounce the Qaddafi regime.

But where's the Obama administration on this sad affair?

The president has made just one statement on Friday, using greeting-card phrases regarding peace and restraint. Incredibly, he hasn't been heard from about Libya since. Secretary of State Clinton was trotted out for a statement but it too was timid and vague. There was no direct condemnation of Qaddafi or his soldiers killing civilians. No expression whatsoever of support for the demonstrators. And not a hint that the United States might actually do something, not even a call for sanctions or U.N. action.

William Kristol writes, "This is your State Department at work. Surely there are some in the White House -- I think there are some -- who are cringing at such an absence of moral clarity on the part of the U.S. government and at such a failure of American leadership. Let's hope they persuade the president to step forward very soon to overrule the State Department, and to put the United States, in both speech and deed, strongly and unequivocally on the side of decency and freedom."

Republican senators Jon Kyl of Arizona and Mark Kirk of Illinois also are bothered by the President's lack of concern. They issued this joint statement: "Reports indicate that Gadhafi is now engaged in a brutal attempt to maintain his 40 year dictatorship. The United States should not remain silent in the face of Gadhafi's egregious violations of human rights. We urge the President to speak out clearly in support of the Libyan people in their struggle against the Gadhafi dictatorship."

Barack Obama has proven time and again that he can use strong, provocative, even ugly language when he is criticizing Republicans in the Congress or even conservative U.S. citizens who oppose his big-spending policies. So why on earth does he find it impossible to deliver direct criticism to thugs like Chavez, Lukashenka, Putin, Castro, Qaddafi...or Planned Parenthood?

This guy's shame seems to know no bounds. And that's not only tragic for the United States; it is extremely dangerous for the causes of liberty, justice and human rights around the globe.
Posted by DH at 11:13 AM