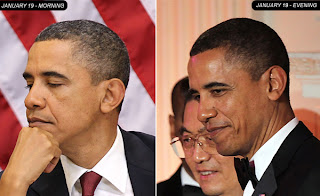 The issue has come up before in the blogosphere but the mainstream press absolutelty refuses to take notice of the black again, gray again nature of the President's hair. Funny -- they never had a problem raising the "Does he or doesn't he?" hair question to Ronald Reagan even after Reagan, Nancy, close friends and Reagan's barber all insisted there was no dye in the White House. 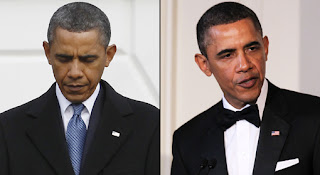 But Obama? Even when the evidence is as plain as...well, as the hair on his head? Ignore it.
Posted by DH at 1:01 PM