"How the Abortion Industry Became the Least Regulated in America." 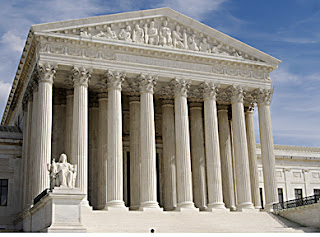 We can thank, in large part, the Supreme Court, after 38 years of Roe v. Wade, for the lurid reports coming out of Philadelphia.

Since the fall of 2009, officials have investigated the conditions in an abortion clinic run by Dr. Kermit B. Gosnell.

The Philadelphia District Attorney has charged Gosnell with murder for killing an abortion patient and seven babies after they were born. The grand jury report found, among other things, that there had been reports of the exceedingly vile practices at the clinic for nearly 20 years without any action being taken.Philadelphia’s clinic conditions and lackadaisical approach to regulating clinics are the direct result of the “fine print” in Roe.

But the Justices then empowered the federal courts and attorneys for abortion providers to thwart every effort by public health officials to regulate. Federal courts across the country spent the next decade implementing that edict, and by the end of the 1980s, the federal courts had struck down attempts by Chicago and many other cities to regulate clinics in the first trimester. As Edward F. King, the Deputy Director of the Chicago Medical Society told the Chicago Sun Times in 1978, “The courts very effectively knocked the Department of Health out of the picture.

We’re not even entitled to cross the threshold of these clinics.”...

Please don't stop. Read the whole of Clark Forsythe's superb article, "The Supreme Court’s Back Alley Runs Through Philadelphia" in the Weekly Standard.
Posted by DH at 1:11 PM