On What Issue Was Obama Most Unnaturally Silent Last Night? 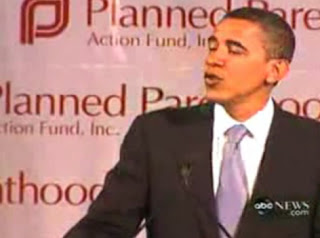 It certainly was no surprise that Barack Obama's State of the Union speech failed to mention the Philadelphia horror story uncovered last week. But he should have. Indeed, for a President who so desperately wants Americans to believe he is a kind-hearted, moral idealist, a condemnation of the evil violence of abortionist Kermit Gosnell would have been a natural addition to his speech.

Obama could have also taken the opportunity to forcefully criticize the lack of oversight of medical, health and government authorities in letting Gosnell and his employees get away with these incredible crimes over and over again. In keeping with his new emphasis on social civility and his previous insistency that he wants abortion to be "safe but rare," the President should have spoken of the need to treat women and their unborn children with compassion and fairness and justice.

A State of the Union speech that was supposed to reflect a new willingness to work with the political opposition should have mentioned the hundreds of thousands who had, the very day before, marched through the streets of Washington against abortion. After all, it was their convictions that were most responsible for America's exchanging Nancy Pelosi's radically pro-abortion Congress for one that is probably the most energetically pro-life Congress in recent decades.

Again, all of these things would have been natural for the President to have mentioned last night.

But then, Barack Obama has a most unnatural devotion to abortion.

God help him. And God help America to oppose his grievous social agenda.

Among other responses to the President's speech that I think you'll find very valuable are these:

* Calvin Woodward's story for the AP, "Fact Check: Obama and his imbalanced ledger."

* Janet Daley's "Obama's State of the Union Speech: underwhelming with a lukewarm reception" for the Telegraph.

* Andrew Malcolm's "The laundry list from Obama's non-laundry-list State of the Union address" in the LA Times.

* "What Obama didn’t mention in his speech" from the PJ Tatler. (Very interesting.)