It's Welcome Week for Dictators at the White House 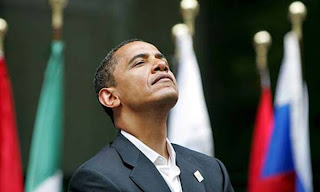 The same Barack Obama who has difficulty giving credit to America's allies and who has committed so many outright snubs of these allies doesn't have the same problem when it comes to Communist dictators. In fact, it's a gala week for such thugs in Washington as the U.S. President gave the murdering Fidel Castro a huge gift and then announced plans for the lavish party he's going to throw for Red China's despot, Hu Jintao.

Obama couldn't have been more insidious about his motives for financially propping up the brutal dictatorship of the Brothers Castro. Said Obama with a smile, the present was an "effort to support the Cuban people's desire to freely determine their own future."

And the eager desire to please the Communist leader of China? "Obama needs China's help in turning the US economy round."

But what of China's continual spying on the United States? What about their forced abortion policies, their slave labor camps, their persecution and torture of Christians and others prisoners of conscience?

Well, as I've pointed out before, Barack Obama will not let concern for human rights spoil a good party.

The black-tie dinner at the White House on Wednesday night contrasts with George Bush's workmanlike lunch in 2006. According to Chinese media reports at the time, Hu, who, like other Chinese leaders, places a lot of importance on protocol, saw Bush's arrangements as insulting. Bush was unwilling to host a state dinner in part because he was conscious of US public concern over China's human rights record.

Unlike 2006, this will be a state visit, with all the ceremony that entails. It will be the first US state dinner for a Chinese leader in 13 years. The president and first lady will greet Hu on arrival at the White House, followed by a review of troops, lengthy talks, a joint press conference and the dinner. The White House has not yet released details of who will be the chef or who will provide the entertainment.
Posted by DH at 7:08 AM