Why Won't the U.S. Learn from Israel About Airport Security? 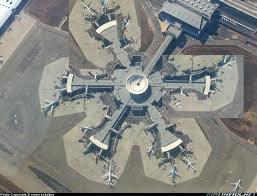 Yesterday Michelle Sullivan passed along on her Facebook page this tantalizing scenario from Kelly Anderson Wright -- "The Israelis are developing an airport security device that will eliminate full-body scanners. Simply step into a private booth that detonates any explosive device you have on you. No racial profiling, no long, expensive trials...... swift, immediate justice, and more seats for standby passengers!"

But seriously, the Israelis do know a thing or two about airport security. They have been the terrorists' Number One target for decades and yet they have managed to keep their airports safe and free -- without long lines and hassled passengers, without the gross security breaches that have plagued American airports, and without naked body scans and groping screeners.