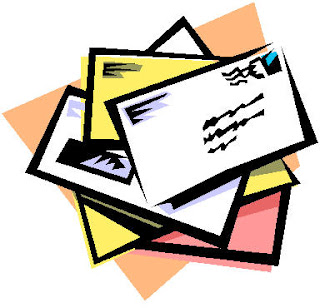 Here's a sample of the letters written at the Vital Signs Ministries' P.A.L. Night last Monday. Please use them as stimulation for your own calls and letters.

Letters were sent by everyone present to Omaha City Council members (1819 Farnam, Suite LC-1, Omaha NE 68183) regarding their plans for new laws protecting, as a special class, sexual orientation, gender expression and gender identification. I've blogged about this on several occasions (try this one to start) but time is of the essence. Write and/or call (or do both) today. 444-5557 is the Council's office. 444-5555 is the Mayor's office.

Letters were also sent to our Congressmen about the issue of gerrymandering (see this Vital Signs post) and about Colorado Congressman Mike Coffman's bill requiring a 2-week furlough on all but critical federal workers.

Several letters of protest were sent to Mattel Toys for their heartless, unjust actions in pursuing a senseless copyright infringement lawsuit. Here's a few:

You missed a wonderful chance to “mentor” a smaller toy company who was developing a product line for children with special needs. Super Duper used the words “Say” and “And Say” in their books. They helped many children. Shouldn’t you champion this? You are about children, aren’t you? It’s about sharing, not suing!

Hope you will withdraw your suit and give Super Duper all the help in the world to continue their valuable work.

To Whom It May Concern:

I’m writing this letter to let you know how disappointed I am in your company for requiring SPD to cease making toys that say “Say.” Is your company so insecure that your product won’t be “as good” as what SPD puts out that you felt no one can make a toy with those words? These toys by SPD were designed to help children with autism and speech problems.

I can’t express enough how disappointed I am with your company.

In light of your company’s heartless actions against Super Duper Publications, including the insistence that they destroy material that could have been given to kids with special needs, I write this protest note on Charles Dickens stationery. (He wrote a lot about cads and skinflints and scalawags.) I will, until you desist in this unjust action, avoid Mattel products completely and urge others to do likewise.

And finally, a couple of letters zipped toward the White House, including this one

I know I’m touching on a sore subject here but it certainly seems that it’s not only the question of when human life begins that is “above your pay grade” but also economic realities, illegal immigration, a basic grasp of the U.S. Constitution, the geopolitical responsibility our nation holds, and so much more.

Please reconsider the disastrous course which you have charted for our country. Start over with a renewed respect for America’s traditional values, for Constitutional protections of speech and religion, for the Judeo-Christian ethos regarding sexuality and the sanctity of life and put America back on the right track.

How about your letters? Are they already in the mail? Or perhaps you'll get to them this afternoon or evening? Great!