Reverend, Do I Really Have to Go to the Movies? 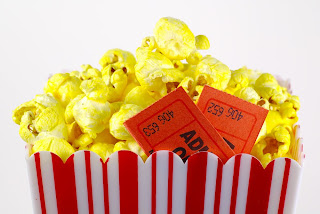 I've always opposed this idea, quite popular in Christian circles, that we must dutifully go to those movies that Hollywood sells as family and faith friendly. The argument goes like this, "Christians need to show Hollywood that they will strongly support family films in order to prompt producers to make more of them."

But I've always found huge flaws in that reasoning. For instance, the family and faith friendly movies that Hollywood produces are quite often lousy films. They may not have as much of the gore, profanity and sexual tease of Hollywood's other products (which, by the way, are lousy films too), but neither do these "clean" movies have the values or ideas or artistic expressions that make for high quality entertainment. A sweet story about a bear cub or an underdog athlete may make for a "nice enough" story but it's not a Christian story...and usually it's not a story I think is worth paying to see.

Second, I get really bothered by Christian movie reviews that manage to "see" beneath the layers and claim to discern Christian teaching in these films. Whenever I read weasel words and phrases like "Christian underpinnings," "demonstrative of faith values," "Christ-like figure," "suggestions of redemption," and the like, I know I'm reading a reviewer's desperate attempt to put into his review what was not actually in the film. In literary interpretation we call that eisogesis, taking one's own baggage into the text rather than using exegesis, reading only from the text what's already there.

And, more important still, is this absurd commitment to "going to the movies" no matter what they offer. Why do Christians have to rely on Hollywood to give us things to do in our leisure time? Are there no friends to converse with, no hobbies or sports to occupy our time, no books to read? Are there no service projects to perform in Christ's Name, no opportunities for prayer and meditation, no stewardship projects around our homes, churches and neighborhoods?

Why this fixation, this terribly unimaginative and unhealthy dependence on Hollywood?

Now let me say here that Claire and I do like movies. We're not against them per se as a form of entertainment. But we do have serious problems with the lack of quality (both artistic and ethical) of modern films. So we watch old movies. Fred Astaire, Barbara Stanwyck, Bing Crosby, John Wayne, Cary Grant, Claudette Colbert, Ronald Colman, the Marx Brothers -- you get the idea.

But we also read books and talk to each other. We listen to music. We have friends over. We plan parties and menus. We putter in the garden. We visit people. We take drives and walks. We go to high school football games and art shows and church functions. We go to restaurants. In short, we do a lot of things in which we do not have to compromise our moral values or regret later that we have wasted our time.

And yes, we may also occasionally go out to a movie theater. Not often, no. But we do. We saw "Polar Express" in the theater and "Seabiscuit" and "March of the Penguins." We even saw "Toy Story 3" a couple of months ago with friends. But in none of these did we feel compelled to attend because of a Christian duty nor did we get so silly as to discuss afterward the deep religious significance emanating from the films.

So, enough with the exhortations about my obligations to go to all the "nice" Hollywood films so that the profit-hungry schlockmeisters of Tinsel Town will make more of them. I'm not buying it. Nor am I buying into the inferiority complex from which this exhortation stems from. For I don't need Hollywood to be entertained. There are better, more wholesome, more fruitful, and more Christ-honoring occupations elsewhere.

By the way, the article that stimulated these thoughts is "Hollywood Can't Get an Amen From Church Crowd" by T.L. Stanley over at Brandweek. Check it out.
Posted by DH at 10:50 AM