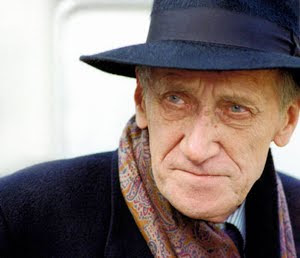 Some timely (and compelling) reflections this morning from pastor and educator, Dr. Jack Niewold:

I am remembering the 1956 October Dawn, a brief surge of freedom in Poland. Last April, when Poland’s president and first lady perished in a plane crash, I wrote a personal reflection on that little nation. No people has suffered more at the hands of the world’s “saviors” than the Poles. There is thus a moral authority that I extend to those who speak from the crucible of that nation’s suffering, whether the poet Czeslaw Milosz, union organizer Lech Walesa, Pope John Paul II, or philosopher Leszek Kolakowski (photo at left.).

Kolakowski was perhaps the greatest of all Marxist philosophers until his death in 2009. His conversion to Christianity in his middle years changed his focus entirely, and he became a champion of the idea that Christianity, not the Enlightenment, is the real basis for freedom in the West. Another Catholic philosopher, Jacques Maritain, had taught much the same in western Europe and America. Kolakowski’s ideas inspired the Solidarity movement in Poland, which formed the advance guard for the dismantling of communism in Eastern Europe.

Tyranny, Kolakowski wrote, nearly always follows when someone or some group of people decides to make society more humane. It is no accident, as Malcolm Muggeridge reminds us, that the disciple of Jesus most concerned about “the poor” was Judas Iscariot. It is important for us to recognize that the utopian visions of some of our leaders, the President especially, are often soft despotisms in disguise. Better by far to let people freely work out their own social values from below than to impose them from above. So long as a vital Christian presence is at work in a culture, reformers will emerge from within it to act as the conscience of the people.

Perhaps we are in our own October Dawn, after two years of a failed experiment in “Hope and Change.”
Posted by DH at 10:40 AM