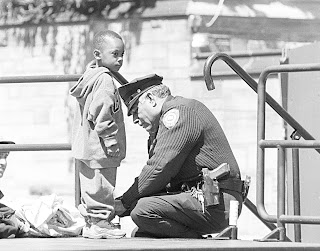 A Facebook friend asked this morning, "Is positive thinking the same thing as having faith?"

The friend knows the answer, by the way; he was just trying to get responses to stimulate us to think. It worked. Here's what I wrote back:

The alley is dark. Strange sounds are swirling around it. There are reasons to suspect that sinister dangers lie within. The positive thinker tries to put these things out of his mind and starts whistling an upbeat tune as he walks into the dark.

But the man of faith reaches up and takes the hand of the policeman or the martial arts specialist or his Dad (take your pick for the illustration) before entering the alley. In other words, the man of faith acknowledges the realities of the situation but takes full advantage of the strong help available.

Having tried the former philosophy (which resulted in years of being badly beat up in dark alleys, my whistling proving worthless), I prefer the way of faith -- but only if the object of my faith really can overcome the dangers in that alley.

And there's only One Who can -- He Who conquered death and the devil, He Who paid the penalty of my sin by His own death, He Who brought me into His forever family, He Who freely, mercifully gives me His power to effectively handle any dangers I might face.
Posted by DH at 9:46 AM