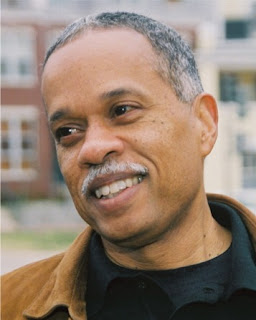 Here's yet another case of how far political correctness runs from reality. Juan Williams, the well known liberal commentator, has been "fired" from National Public Radio, the extremely left-leaning, taxpayer-funded network, because he made certain statements about Muslims while appearing on the Bill O'Reilly show.

Williams' comments happened to be quite fair and full of common sense. But neither fairness nor common sense counts for much at NPR.

Here's an excerpt from the New York Times story.

NPR said in a statement that it gave Mr. Williams notice of his termination on Wednesday night.

The move came after Mr. Williams, who is also a Fox News political analyst, appeared on the “The O’Reilly Factor” on Monday. On the show, the host, Bill O’Reilly, asked him to respond to the notion that the United States was facing a “Muslim dilemma.” Mr. O’Reilly said, “The cold truth is that in the world today jihad, aided and abetted by some Muslim nations, is the biggest threat on the planet.”

He continued: “I mean, look, Bill, I’m not a bigot. You know the kind of books I’ve written about the civil rights movement in this country. But when I get on the plane, I got to tell you, if I see people who are in Muslim garb and I think, you know, they are identifying themselves first and foremost as Muslims, I get worried. I get nervous.”

Mr. Williams also made reference to the Pakistani immigrant who pleaded guilty this month to trying to plant a car bomb in Times Square. “He said the war with Muslims, America’s war is just beginning, first drop of blood. I don’t think there’s any way to get away from these facts,” Mr. Williams said.

NPR said in its statement that the remarks “were inconsistent with our editorial standards and practices, and undermined his credibility as a news analyst with NPR.”...

Alicia C. Shepard, the NPR ombudswoman, said at the time that Mr. Williams was a “lightning rod” for the public radio organization in part because he “tends to speak one way on NPR and another on Fox.”...
Posted by DH at 7:26 AM