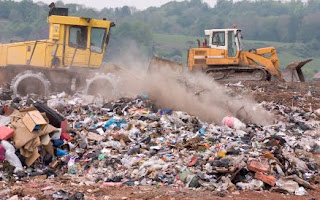 Even this ABC News reporter gets it -- the Democrats have nothing to run on so they're running away from their record, running scared from the voters and running into the garbage dump for their ad ideas.

It's not just the Aqua Buddha and David Vitter's prostitute, Democratic candidates across the country are closing out the campaign with personal attacks on Republican candidates, sometimes digging up decades-old legal problems.

In one typical example, Democratic ads have transformed Kentucky Republican House candidate Andy Barr into "a convicted criminal" -- complete with images yellow police tape and fuzzy video of crime scenes. Not mentioned is his crime: As a college student 19 years ago, he was caught using a fake ID during spring break.