Courtesy of Andrew Malcolm, here's a couple of LA Times notes you might want to read through:

"Obama mosque stance hurting, Gallup finds, as Americans disapprove of it -- and him."

While Rich Lowry over at the New York Post has one you'll find of interest, "The Cipher in Chief: Why Americans Don't Know O." It includes such passages as that below. 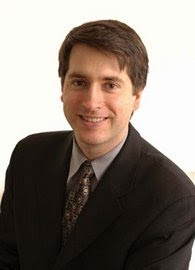 That a sliver of Americans believes Obama is a Muslim is not shocking in the context of other bizarre and stupid things they tell pollsters. In a rebuke to geography teachers everywhere, 10 percent of people either don't think Hawaii is part of the United States or aren't sure. Twenty percent believe aliens have contacted us here on Earth. And 11 percent have confidence in the United States Congress.

But the numbers tell us something important about President Obama: We don't know him. The most powerful and famous man in the country is still the mysterious stranger. He rose from nowhere, winning an election based partly on being an unknown quantity, and an unknown quantity he remains...
Posted by DH at 9:51 AM