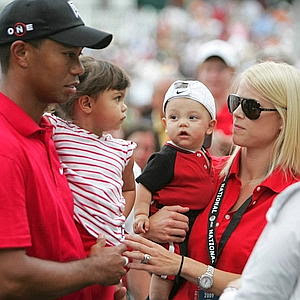 Dan Wetzel over at Yahoo Sports describes (unwittingly, I suspect) a serious misunderstanding of life's priorities as he hopes that Tiger Woods will get his game back in order now that his marriage is ended.

Wetzel writes, "Now, perhaps, with the trauma of attempted reconciliation and then the details of divorce finished, Tiger can return to championship form on the golf course and turn around his spiraling game...While the sensational details of his infidelities were fodder for the public, in the end Woods is a golfer. The sooner he is allowed to turn the focus onto his game, the better – at least if he begins winning again."

The fact is that Tiger Woods would have done much better to focus not on his golf game, but on the character and concerns of his spiritual life. As a husband and father, certainly. But foundational to those responsibilities, as a sinner who, like us all, desperately needed forgiveness from God and the power to live above ego, fears and carnal passions. And those gifts can be found in only one place -- the cross of Jesus Christ.

For contrary to Wetzel's comment, "in the end" Tiger Woods is not a golfer. He is a man who will (again, like all of us) face the judgment of God. And the Almighty will not be impressed with Woods' links legacy. He will not be asking for an autograph. And He will not be grading holiness on a curve shaped by the number of major tournaments Woods finally attains.

Furthermore, the failure of a marriage is a grave tragedy, one with the most terrible repurcussions on the spouses, the children, the extended family and friends. And infamous divorces, like ones involving such high-celebrity couples as Tiger and Elin, effect even the the surrounding culture by lowering the expectations of marriage vows...and increasing the justifications and excuses for divorce.

Wetzel doesn't help by spinning the Woods divorce as ultimately being a good career move. Even though that will likely happen. Because the return of Tiger's fan base, the spike in the PGA's television audience, and new millions won in prize money and endorsement deals (now shared by a legion of divorce lawyers) will never make up for what he, Elin and their kids have lost.