Yet Another Major Study on Population (And the Fix Is In) 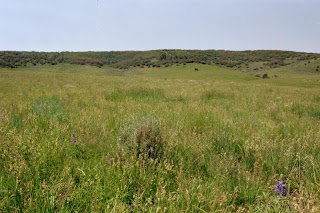 The news is out that the Royal Society in London is launching a major new study into the problem of overpopulation. Good grief. These "major new studies" are are almost always irrelevant to the real world. That is, their conclusions are already decided before any new data is accumulated. Overpopulation will be blamed for overcrowding, poverty, illness, stress, environmental disasters, disease, global warming, pollution, deforestation, racial tension, warmongering and acne.

But honest, unadulterated, accurate data will not support these conclusions.

Because the purpose of these fraudulent studies isn't really to prove anything. It is merely to create another platform to cry out against overpopulation. And that, in turn, allows professed liberals to send in more crates of condoms, force more governments to legalize abortion -- but forgo having to address the real problems of economic development, education, political reform and a pursuit of human rights and liberty.

But the news of the Royal Society's study has had one positive result. It has moved spiked! editor Brendan O'Neill to weigh in on one of his favorite topics:

...RS, take a tip from me, a friendly critic: in this era of belt-tightening, save yourselves loads of time and oodles of cash by simply writing down and press-releasing the following words: ‘Overpopulation is NOT the cause of social or economic problems.’

I’m not being a philistine. I’m not opposed to having big, deep, profound studies into the issues that impact, or don’t impact, on society. But when it comes to evidence for the fact that overpopulation is not the driving force for social disarray, there is already an embarrassment of riches.

There’s the fact that life has improved for the vast majority of humanity even as population has grown exponentially. When the original population scaremonger Thomas Malthus (a member of the Royal Society, funnily enough) predicted in the 1790s that if people didn’t stop breeding then ‘premature death would visit mankind’ - that there would be ‘food shortages, epidemics, pestilence and plagues’ which would ‘sweep off tens of thousands [of people]’ - there were a mere 980million human beings on Earth. Today, there are nearly seven times that number – 6.7 billion – and while there are still problems of poverty and hunger, especially in parts of the Third World, for most of us living standards and life expectancy have leapt forward.

In China, for example, there are now more people than there were on the entire planet in the era of Malthus, and yet their lot is better than it was for most of the unfortunate souls alive in the 1790s. In 1949, the population of China was 540million and average life expectancy was 36.5 years; today the population of China is 1.3 billion and average life expectancy is 73.4 years. And there are now six times as many cities in China (655) as there were five decades ago and around 235million Chinese have been lifted out of poverty in the past 15 years alone. All in the most populous nation on Earth. Where there are more ‘mouths to feed’ on a daily basis than there were across the entire globe in the period of Malthus’s food-shortage panicmongering. Clearly there is something other than human numbers which determines people’s fortunes.

There is also the fact that it is often people in the most overpopulated parts of the planet who have the nicest lives. Take Manhattan. There are 1.7million people crammed on to that tiny island and their lifestyles are the envy of millions of people around the world (including me). Yet in Africa, which is far more sparsely populated than some would have us believe, there are still major problems of poverty and malnutrition. Despite the claims of cranky outfits like the Optimum Population Trust (OPT) – which has argued that in order ‘for the whole planet to avoid the fate of Rwanda, Malthusian thinking needs rehabilitation’ (nice) – Africa actually contains 11 of the world’s 20 least densely populated nations. And some of these not-very-densely populated African countries have severe social problems. It’s not human numbers that cause them; it’s something else, something social and therefore eminently fixable...

O'Neill doesn't finish here. I do for lack of space. But reading the rest of the spiked! article shows you more of O'Neill's common sense argument as well as a few reasons why the Royal Society's motives in this study are deeply suspect. Good stuff. So, follow this link and finish up.
Posted by DH at 12:05 PM