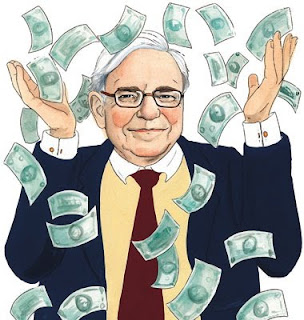 Warren Buffet is a very rich man. That's no secret. And because Americans tend to equate wealth with wisdom and even virtue, Warren Buffett is well respected.

For one of the primary causes he has invested in heavily is the cruel destruction of preborn boys and girls. And, by so doing, Warren Buffett is among so many other rich people who are investing in God's judgment rather than His mercy.

The latest report of Buffett's abortion involvement came in a story published by the New York Times. It revealed his behind-the-scenes bankrolling of a plan to increase the number of abortionists in America and to paint them in a more positive light. That story has since been examined and commented on by Patrick Craine of LifeSiteNews.

She describes two training programs for abortionists that are central to this strategy. The first, called the “Family Planning Fellowship,” is a two-year post-residency program designed to further equip doctors for providing abortions and contraception. She says this fellowship is now being offered at 21 university campuses. The second is called the Kenneth J. Ryan Residency Training Program, which aims to supply medical schools with funds to train ob/gyn residents in providing abortions. So far, this program has funded 58 campuses in the U.S. and Canada.

...But as the two training programs have grown, this anonymous donor has become more widely known, she says. “In the course of my reporting, two doctors who had not done the fellowship themselves, but who work in universities, volunteered to me that the money for the programs comes from the Buffett Foundation,” she wrote.

According to Bazelon, the Buffett Foundation’s tax records reveal that most of its spending is allocated to “abortion and contraception advocacy and research.” The Foundation has given tens of millions to Planned Parenthood and Ipas, as well as millions to other pro-abortion groups like Catholics for Choice. Buffett has pledged to give away 99% of his estimated $47 billion assets, with most of it going to the Gates Foundation, which is infamous for its avowed emphasis on population control.
Posted by DH at 11:48 AM