"Why Can't Arizona Be as Inhospitable as They Wish to People Who Have Entered the United States Illegally?" 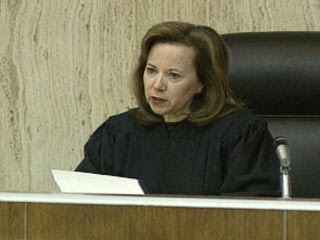 That was one of the questions U.S. District Judge Susan Bolton asked of Team Obama attorney Edwin Kneedler as she tried to make him prove his charge that specific provisions of the Arizona immigration law intruded on federal authority.

Bolton is the judge who will decide whether Arizona's new immigration law is constitutional -- this is what passes for democracy in the United States nowadays, one person's opinion trumps the majority of voters of an entire state -- but such questions as those above gives backers of the law some hope.
Posted by DH at 10:58 AM