The Left Is Struggling Against "The New Journalism" 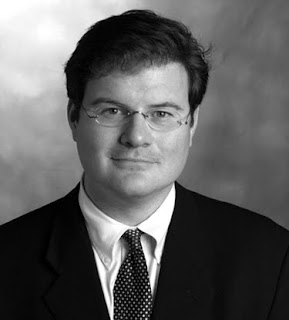 For generations, conservatives lamented the decline in standards. When Hollywood portrayed glandular instincts as the new moral compass of the secular age, conservatives waxed nostalgic over the lost decency of the "studio system." When the education industry shelved the great books in favor of hugs, conservatives lamented the demise of the three Rs and the "closing of the American mind." When the left became enamored with a "riot ideology" that mistook lawlessness for political protest, conservatives invoked "law and order." Name a front in the political and culture wars, and conservatives defended the authority of authority and the tradition of tradition, while liberals and leftists defended sticking it to the man.

But now that the legacy media is one of the last resources the left still has at its disposal, even Comrade Jones isn't immune to mossy nostalgia for Walter Cronkite (who, by the way, is easily one of the most overrated American icons).

And that's the irony: The left only believes in sticking it to the man when it isn't the man. Teachers unions and tenured professors, now that they control their guilds, are darn near reactionary in their white-knuckled grip on the status quo. Liberal legal scholars are a cargo cult to stare decisis, for the simple reason that the precedents are still on their side.

The essence of the culture war today is a battle over whose "gatekeepers" are legitimate and whose are not.

Nowhere is this more true than in the temples of journalism, where the high priests are barricading the doors with pews and candelabras to fend off the barbarians...

Jonah Goldberg has an excellent column (they usually are) dealing with the "new journalism." Read it in its entirety right here.