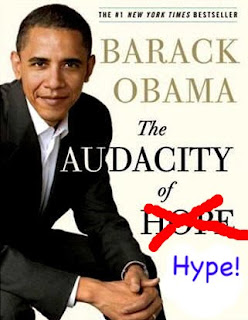 Opinion polls across the board are showing President Obama has lost the respect and trust of a majority of Americans. And the disaffected include those who voted for him and felt sure he would turn things around for the country.

Regarding the latest Univision/AP poll, Tom Jensen, director of Public Policy Polling, said of the president, "A lot of these folks wouldn't like him no matter what, but I think the country has pretty much the same problems it did before Obama took office — at least that's how voters feel — and more and more that's becoming Obama's fault rather than Bush's fault."

Support for Mr. Obama has eroded among whites, independents, men and now Hispanics, who were part of the coalition that powered him to the White House in 2008...

The Reuters-Ipsos poll, also released Tuesday, found that an overwhelming majority of Americans — 67 percent — do not think Mr. Obama has focused enough on creating jobs, compared with the administration's emphasis on overhauling health care and rewriting the nation's financial rules. The survey said only 34 percent approved of the president's handling of the economy and jobs while 46 percent rejected it as unsatisfactory.

Pollsters said the drop is not unusual for a president confronting so many thorny issues, but that it does show voters want solutions and think Mr. Obama has had enough time to deliver...

Mr. Jensen warned that rank-and-file Democrats should be wary of appearing alongside Mr. Obama on the trail, noting that his polling firm's numbers show the president would be a drag on Democratic candidates even in such places as his home state of Illinois.
Posted by DH at 9:12 AM