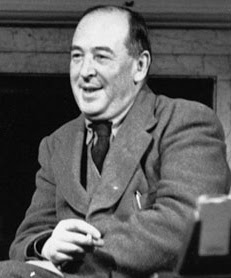 Kris Rasmussen has a brief post over on Idol Chatter about two current off-Broadway plays that feature C.S. Lewis. One is an adaptation of his famous The Screwtape Letters while the other has Lewis as a character in a most curious confrontation with Sigmund Freud.

Rasmussen explains that the adaptation of Screwtape has been playing in New York since May and has already extended its run twice. "The play captures Lewis's insight about human nature while also having some over-the-top, scenery-chomping fun from actor Max McLean as Screwtape...[T]he production keeps up a breezy pace and doesn't get too weighed down by Lewis's deeply theological text, yet doesn't do a disservice to it either."

Of the other play, she writes, "'Freud's Last Session' is not based on a Lewis work, but is a razor-sharp and witty imaginary encounter between a young Lewis and a dying Freud and has recently opened for a limited run."

"'Freud's Last Session' was inspired by the book by Dr. Armand M. Nicholi Jr., "The Question of God'' in which there is a brief mention that before Freud killed himself - he wanted to end an agonizing bout with cancer - he had a meeting with an Oxford scholar. No one knows for sure that the scholar was Lewis, but the play has some fun with speculating that Lewis is called to Freud's home to answer for some fun Lewis had at Frued's expense in one of Lewis's writings. What ensues instead is a lively debate about God, sex, and politics, with neither man coming out the clear winner in the exchange."