The Blind Are Seeing -- Thanks to Adult Stem Cell Research 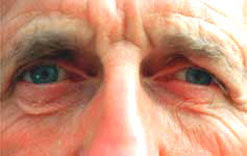 The mainstream press, which has been so enamored with the hyped promises of embryonic stem cell research, has failed to accurately report the dismal failures of that research. Nor have they bothered much to report on the good news stories all around them of the amazing successes already achieved that have come through the use of adult stem cells.

On the rare instance that they do report such stories, they fail to differentiate the source of the treatment, deliberately leaving the impression that the effect was produced by ESCR when it was not.

Thus one usually has to read these good news stories in the medical press itself or sometimes in more independent sources like Bloomberg Businessweek. That's where this very exciting story was.

Patients blinded in one or both eyes by chemical burns regained their vision after healthy stem cells were extracted from their eyes and reimplanted, according to a report by Italian researchers at a scientific meeting.

The tissue was drawn from the limbus, an area at the junction of the cornea and white part of the eye. It was grown on a fibrous tissue, then layered onto the damaged eyes. The cells grew into healthy corneal tissue, transforming disfigured, opaque eyes into functioning ones with normal appearance and color, said researchers led by Graziella Pellegrini of the University of Modena’s Center for Regenerative Medicine.

The stem-cell treatment restored sight to more than three- quarters of the 112 patients treated, Pellegrini said yesterday in a presentation at the International Society for Stem Cell Research meeting. She estimated the work may benefit 1,000 to 2,000 patients in Europe whose eyes have been damaged by chemical burns and many more in developing countries where the use of chemicals is less regulated. Her patients were followed for an average of three years and some for as long as a decade.

“The patients, they are happy, even the partial successes,” she said in an interview at the meeting in San Francisco. “We have a couple of patients who were blind in both eyes. Can you imagine for these patients the change in their quality of life?”...

Many of the patients she treated had been blind for years as result of tissue and blood vessels growing over damaged parts of the eye. Some had been through failed surgeries and alternative treatments...

Depending on the depth of the injury, some patients regained sight in as little as two months, Pellegrini said. Others with deeper injuries needed a second procedure and waited a year before sight was restored, she said.

The applications of the work may extend to other organs, Schwab said. “This is bigger than just the surface of the eye,” he said. “She may be making a model for how to regenerate livers or other organs.”

Wesley J. Smith, who alerted me to this story, writes, "It increasingly seems likely that regenerative medicine will involve mostly involve ethical approaches. As for basic research, the IPSCs are already permitting tailor made, condition specific stem cell lines to be created. No wonder the urgency over ESCR has substantially abated."
Posted by DH at 1:08 PM