We Hate You. Now Give Us More Money. 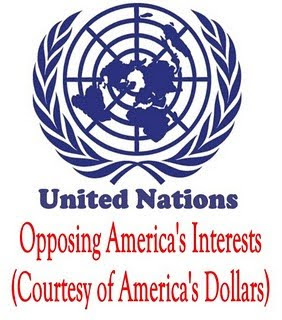 In the United Nations, Egypt votes against the United States 79% of the time. Yet it receives $2 billion annually in U.S. "foreign aid." Yes, that's two "capital B" billion dollars.

I won't give you the dollar amounts that the following rake in from the United States but you know it's a bunch even though they too consistently oppose our votes in the U.N: Kuwait votes against the United States 67% of the time; Morocco 70%; United Arab Emirates 70%; our "strong ally and good friend" Saudi Arabia 73%; Syria 84%; and so on and so on.

And that doesn't figure in, of course, the many millions we serve up to the corrupt, anti-American, abortion-promoting, terrorist-supporting United Nations itself.

The U.S. is the enabling spouse in a really bad marriage. She gets disrespected and scorned, beat up, cheated on and in various other ways terribly abused. But then she's expected to bring out her purse and pay for her scoundrel's next round of fun.

A true test of a politician's conservatism (and common sense) is whether or not they will pledge to get the U.S. out of the U.N. And quick!