Public Schools: Get Those Crosses Off or Get Out! 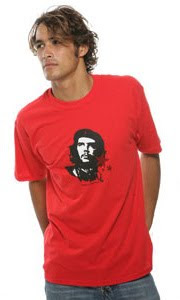 But American flags, pro-life statements and Jesus T-shirts? You gotta' be kidding -- modern tolerance refuses to stretch to the right.

Now a Fox radio report describes how religious jewelry is next on the taboo list.

For instance, a New York middle-schooler was recently kicked out of school for wearing a rosary in honor of his brother killed in a car accident and an uncle who died from cancer. And a Texas 8th grader had his braided cross necklace (worn in memory of a soldier friend who was killed by a roadside bomb in Iraq) confiscated by a school official. Why? Because it looked like a rosary!

How long does this kind of thing go on before American citizens demand a return by school administrators to civility, genuine tolerance and common sense. And how long before American parents start to finally remove their children from a system that is educationally ineffectual, physically dangerous and morally corrupt?
Posted by DH at 11:31 AM