More Disappointment with the National Association of Evangelicals 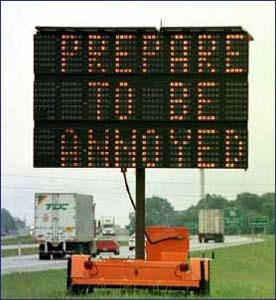 Despite its noble history, its affiliations and the statements of faith it retains in its official papers, the National Association of Evangelicals continues to veer further and further to the left.

In the latest edition of the organization's newsletter, one does find some worthwhile causes represented. But mixed in with them are several suspiciously trendy intentions.

For instance, the newsletter puts in its "Church Spotlight" the 12,000 member Northland Church in Longwood, Florida where heterodox pastor and social liberal Joel C. Hunter conducts services. Hunter is also listed on the "Endorsements" page of their internet site. There are conservatives among those endorsing the NAE too but it shows how stretched the organization is that alongside those conservatives are such avowed liberals as Hunter, Duane Litfin, the President of Wheaton College and Ronald J. Sider, the President of Evangelicals for Social Action.

Over on the NAE's web site one can find the call to join in the National Day of Prayer for Creation Care, an article making the wild claim that most "evangelical leaders" want the embargo on Cuba removed, and a plug for the upcoming NAE forum Who is My Neighbor? led by authors of a book (Welcoming the Stranger: Justice, Compassion and Truth in the Immigration Debate) who are very warm to an "open borders" idea.

I'm afraid it's becoming clearer than ever. The evangelical conservative who is looking for an organization which is strong on orthodox theology, strong on pro-life and pro-family advocacy, and strongly resistant to the lure of liberal political correctness, needs to find friends other than the National Association of Evangelicals.
Posted by DH at 10:28 AM