"We Are the Educational Experts," Now Give Us Your Kids! 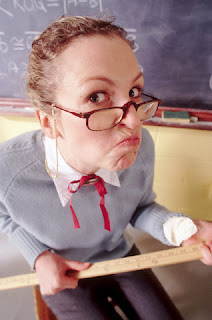 Elizabeth Schroeder is, like so many in the educational establishment, an elitist who believes that her education, her progressive ideas, and her government-endowed power entitle her to take control of other people's kids. And she openly admits it.

For instance, of Ontario's decision to back down from implementing a sex education program that parents found odious and outrageous, Schroeder grumbled, "That's what we do in the States, kow-tow to parents groups and religious leaders instead of sticking our feet in the ground and saying ‘We are the educational experts.'"

...In Schroeder's world, parents are not the primary educators, they are merely co-consumers along with their children, of whatever "the educational experts" deem fitting. Unlike Schroeder however, politicians need to get elected and having heard that parents were not happy with the new course of study, they considered their election chances and thought better of forging ahead...

In the end though, what stopped the program from going ahead was the reaction of many parents, "You're going to teach my child what?"

In picking up the phone to call their local representative or a talk radio program, parents let their voices be heard. The government is now promising greater input from parents in the revision of the revised curriculum, "I think we have learned, in this particular case, that parents do want to know when there are changes.", Education Minister Leona Dombrowsky told reporters after the program was cancelled.

While Dombrowsky now sees the value in allowing parents to have a say, Schroeder remains upset, saying that parents don't get a say in when certain math topics are introduced, why should they have a say when it comes to sexual education? The answer to that is obvious. Because while we all agree that in math class two plus two is four, we don't all agree on what one plus one should mean, or do, when it comes to intimacy and sexuality. And when there is doubt, parents, not the so-called experts, should have the final say.