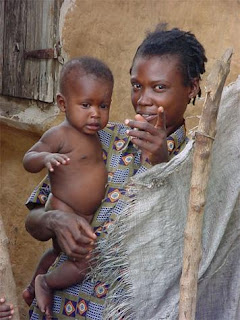 A new study just published in The Lancet, Britain's leading British medical journal, shows maternal mortality rates have been significantly overestimated by United Nations agencies. Indeed, the figure used repeatedly in recent years by the World Bank, World Health Organization and UNICEF was off by more than 150,000.

Pro-life advocates have long criticized the maternal mortality numbers cited by UN organizations as deliberately exaggerated because of ideological assumptions; that is, the higher figures have been exploited by those who make greater access to abortion a foundation of their maternal health programs.

In what must have been a shocking revelation to some, The Lancet’s editor, Dr. Richard Horton, even admitted to the New York Times that he was pressured “by advocacy groups” to delay publication of this new report until later this year. Horton said the groups wanted the information withheld until after the current UN Commission on Population and Development (CPD), the Women Deliver Conference scheduled for this June in Washington DC, and the next UN General Assembly, which is also scheduled to address maternal mortality.

At all of these events, pro-abortion forces desired to keep linking improved maternal health to "safe," legal and easily accessible abortion. The lower number revealed in the Lancet study would hurt their case. And so the pro-abortionists wanted the study kept under wraps.

Damn the facts; by golly, we've got an agenda to sell!

The study shows that maternal deaths worldwide in 2008 totaled 342,900 rather than the 500,000+ used by the UN groups. That remains an unacceptable number, of course, but the study does show progress has been made in preventing pregnant women from dying. And it hasn't come from increasing abortion.

"Researchers were surprised that three of the richest countries in the world actually showed increased maternal mortality: the United States, Canada and Norway, three countries with the most liberal abortion laws in the world."

The study shows that 50% of maternal deaths come from just six countries; India, Nigeria, Pakistan, Afghanistan, Ethiopia and the Democratic Republic of the Congo.

Regarding the new Lancet study, Harrison, the president of the American Academy of Pro-Life Obstetricians and Gynecologists (AAPLOG) said, “This study uses the best statistical methods currently available and clearly demonstrates that worldwide legalization of abortion is unnecessary to bring about significant decreases in maternal mortality. AAPLOG encourages UN member nations to continue to develop even better statistical information by improving the identification of maternal mortality causality, especially induced abortion related mortality, which is most often underreported or misreported.”

There is little doubt that this new study will have a direct impact on the negotiations going on this week at the UN CPD, where the negotiated document on maternal mortality includes dozens of references to reproductive health, which is used as a codeword for abortion.