The Reports of ACORN's Demise Have Been Greatly Exaggerated 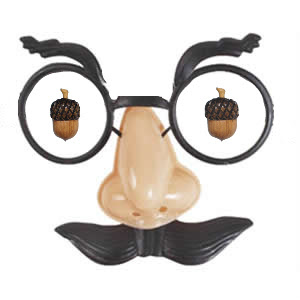 One should hardly be surprised to learn that the political activists of ACORN would continue their lying and cheating ways -- as long as they can get away with it. And in the present political climate, one that gives ACORN both a cloyingly friendly administration and a very compliant media, getting away with it has proved to be oh-so-easy.

Last February the mainstream press boldly headlined the announcements by ACORN officials that they were generally closing up shop. But those were just more lies. ACORN leaders never entertained any intention of going away. They knew they had only to make a cosmetic change or two, maybe lay low for a few weeks, and then they'd be right back in thick of the action. They could count on Team Obama to bless their activities, depend on the MSM to play along with the charade, and trust the Democrats in Washington to keep the money flowing.

Yes, there was that one AP story in March but it was but an anomaly. ACORN's friends in the liberal press have been wonderfully faithful in keeping a lid on ACORN's resurgence.

But here's what's really going down.

California Congressman Darrell Issa, the ranking Republican on the House Committee on Oversight and Government Reform, reports that ACORN has hardly lost a step. In some cases they're creating clones of their previous offices -- same staff, same Board members, same Employer Identification Numbers, even the very same Tax Identification Numbers.

You get the idea.

Finally, as remarkable as it seems, in a few states ACORN hasn't seemed to change a thing. "There are no reports that ACORN offices in Kansas, Oregon or Tennessee have shut down." And "According to their respective Secretary of State offices, ACORN is still active in Alabama, Delaware, Florida, Georgia, Oklahoma, and Texas."

So, close the windows, lock your doors and keep your kids close -- ACORN is anything but dead.
Posted by DH at 8:29 AM